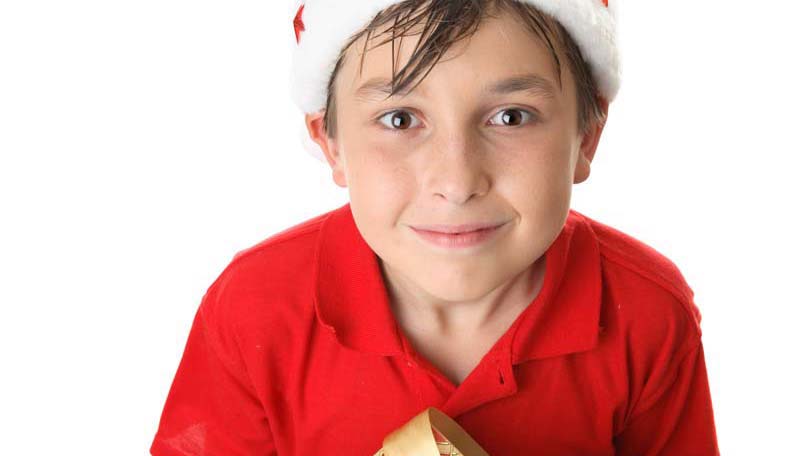 It happens every year. Right before the holidays, people start wanting you to tell them what you want for Christmas. Or, if you have children every Uncle Tom and Aunt Harriet from California to Canada wants to know what your children want for Christmas. So you sit down and prepare a detailed Excel worksheet of the things you want, taking special care to not ‘ask’ for the same things from all your extended family and send it out to everyone who will be spending the holidays with you. And the result is that instead of being surprised by a heartfelt gift on Christmas morning – you and everyone else gets exactly what they asked for. Surprise! Merry Christmas! Here’s that espresso machine you wanted!! Or, not so much?

In many ways, it would make more sense for people – especially adults – to stop spending money on one another and use the money they would spend to just go out and buy the things they put on their wish list. At least that way, they could have it before Christmas morning. And for families that live far apart, the expense of shipping and packing would be saved for incidentals that are more important in life, such as underwear or groceries.

In retrospect, it is easy to see that once the belief of Santa is removed from the situation, surprises on Christmas morning are a thing of the past!

Sadly, that is what makes Christmas such a spectacular holiday to begin with. The magic of seeing children who sit down and make a wish list, mail it to the North Pole and wait to see what arrives is part of the splendor and thrill of the holidays. But when that is gone, even parents ask their children what they want for Christmas and the older children pretty much just sit back and wait for it. They know what they are going to get on Christmas morning. In many cases, they may have even been the ones to pick the darn presents out at the store.

And remind yourself again, what’s so magical about all of that?

With the element of surprise removed from the situation, it seems like nothing more than a morning of over indulgence, where you sip cocoa to relax for a bit until the credit card bills come due in January, knowing that you spent more than you could afford in order to fall in line with a masqueraded family tradition.

Eons ago, the whole gift giving tradition began from Pagan roots that were celebrating the Winter Solstice. These people were counting down the shortest day of the year, and realizing that spring was coming near. During spring, they were able to grow fruits and vegetables and pack a bounty to provide for their families all year through, so marking the end of the cold season was a blessing. These people also believed in kindred spirits, lucky stars, and all sorts of things magical and unknown. During the yuletide, they would visit with other families and neighbors and loved ones, rationing out some of the things that they had stored for the winter. In return for their eggs, they may have received bread. In return for some flour, they may have received a hand made blanket. And they also brought evergreen branches and twigs, which were a sign of good luck for the spring growing season for one another to adorn on their houses, welcoming the good tidings of fair weather. All of this coincided with the Christian holiday of Christmas. Kings and emperors, upset with the Pagans, began to indulge in celebrations of their own. Initially, the goal of Christmas gifts was simply to impress the rulers of the land. However, over time – Christians started giving handmade and heartfelt gifts to one another as part of the visitation of the season.

The best part about the stories of old Christmas traditions, is that the gifts that were exchanged were always hand made or home grown. People put effort and heart, and emotion into their gifts. Today, we simply go out and buy a GPS machine, because we feel that is what we are ‘supposed to do.’ And it quite simply, it takes the tender nature, the magic, and the emotion out of the holiday. The reality is that anyone can go out and buy a gift, and that the gift giving is more about the holiday and worrying about looking like an ass, by showing up without a gift – than it is about the sentiments for the people we are buying for.

If you want to bring back the magic of the season this year, then maybe now is the time to try something new. Instead of buying gifts for everyone on your list from the mail carrier to your dear Aunt Hilda – pick and choose the people you really WANT to buy for. And then, try to find gifts that resonate with how you feel about them, whether you are feeling all out love or undying respect or gratitude. Think about a gift that will not just make their eyes light up, but that will make their soul light up as well. Something they will never forget, that speaks volumes about how YOU feel about them. Find gifts that mimic what you can afford, and what you want the gift to mean to someone, rather than making it a competition. This way, when you wake up on Christmas morning – there will be surprises. Not just for you, but for the other people in your life that you actually spent time and emotion planning a gift for.

Dealing with Water Problems in the Bathroom

Bedbugs in the Bedroom

Winter Solstice – The Shortest Day of the Year

Cross Trainers Versus Treadmills – Which Is Best

Going for Plenty of Color and Pattern to Decorate Your Home?...

Know Your Body and Boost Your Health

3 Truths to Help You Bring Your Dreams To Life

What Does My Birthday Say About Me?