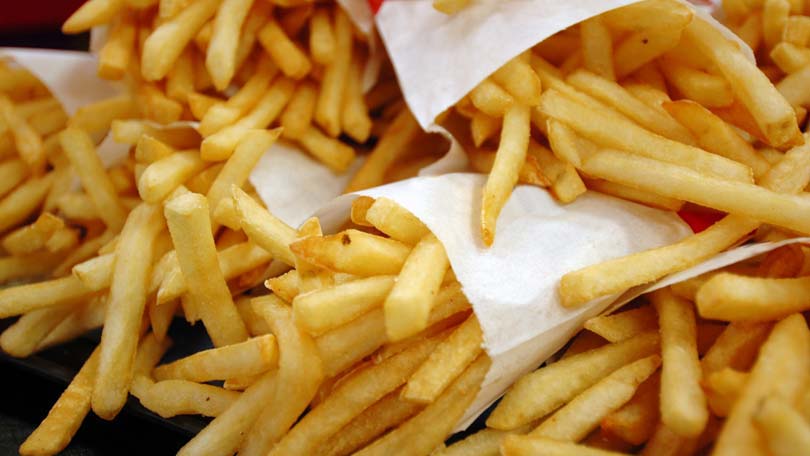 We all understand how one gains and loses weight. It’s pretty simple. You eat a lot and exercise little – you gain weight. You eat little and exercise a lot – you lose weight. But it’s really not as plain as that. If it was, why would 30% of Americans be suffering from severe weight problems, like obesity?

The more precise way to lose weight is not to eat less, but to consume fewer calories. One slice of cake or one hamburger may have more calories, each, than a full home-cooked entrée. And ironically, those high-calorie foods are rarely nutritious or filling. But unfortunately in today’s society people seem to have less time to go home and cook meals and are enticed by the fast food drive-thru window and end up settling for cheap convenience over nutrition.

Since the obesity epidemic has taken such a stronghold of the developed nations in the West, particularly the United States, it’s crucial to examine its roots and not just give it a cursory glance. What are the underlying causes of obesity?

The United States Centers for Disease Control and Prevention does not deem obese persons as simply enduring a certain physical state, but rather a chronic disease. Obesity is a complicated health problem, one that is a result of a slew of factors, like genes, metabolism, behavior, culture, environment, and socioeconomic status.

Obese persons are usually genetically predisposed to their severe weight problem. Perhaps they have an unusually slow or even dysfunctional metabolism. Perhaps they have a food allergy – i.e. they are addicted to refined sugar. In fact, there are certain genetic diseases that are often associated with obesity – like Bardet-Biedl syndrome and Prader-Willi syndrome. Some diseases and even drugs can cause obesity too. For instance, steroids often trigger intense, uncontrollable weight gain.

It is how one reacts with his or her environment that usually determines how much they weigh, however. In other words, a person who has genes that predispose them to obesity may actually weigh less than a person, of the same height, age and gender, who has genes that don’t predispose them to any weight problem at all. Behavior is the bottom line when it comes to weight gain and loss. And that’s why the soaring rates of obesity in American can ultimately be calmed.

But why is obesity a new issue in 21st century America? In the past few decades, the culture and environment in the United States has changed and so have the weights of the vast majority of Americans. People are working full-time jobs that force them to sit in front of a computer all day. Women, in particular, are entering the workforce and it is speculated that this new focus on career has led to obesity rates in women being higher than for men. Moreover, Americans today are lured into fast food restaurants by aggressive advertising campaigns. As well, urban sprawl means that people no longer walk or bicycle to their choice of destination, but drive. So in a society where food is abundant but physical activity is hardly encouraged, obesity can really blossom.

Another interesting contributing factor to obesity is socioeconomic status. But if rich, developed nations are the ones with citizens who battle severe weight issues, then why is it that the folks from lower incomes in these nations are more likely to be obese than those from higher incomes? It seems that those who have money concerns are more tempted to buy cheap, innutritious fast food and the like, rather than put lots of time and money into healthier home-cooked meals. As well, those from lower socioeconomic statuses tend to be less educated about what foods are healthy and also they have less time to engage in leisurely physical activities that help to burn off those calories.

In the Stone Age and even into the early 1800’s, overweight women were considered beautiful, fertile and healthy. But today, that’s not the case and yet – obesity has actually increased. This phenomenon brings us to another influence of the obesity epidemic that may seem counter-intuitive. Today, ultra-thin models resemble beauty in America. In fact, the average female supermodel is five feet and eleven inches tall, weighing 117 pounds! The National Center for Health Statistics found that the average weight for an adult female in the United States is 162.9 pounds. Talk about a stark comparison. The gap here is unbelievable and quite telling. If the beauty that is idealized in today’s popular culture is impossible for most to obtain, then perhaps it only serves to encourage self-hatred and depression which may spawn overeating, rather than healthy weight loss.

The causes of obesity can also begin at an early age. Children and teenagers are never put into the obesity category (that is one reserved for fully developed adults), but according to the Surgeon General, 13% of children aged six to eleven-years-old and 14% of adolescents aged twelve to nineteen-years-old were overweight in just 1999 alone.

If bad eating habits and low physical activity are encouraged in the home and at school, then children are destined for a lifelong struggle with weight issues and possibly obesity. However, if educational programs are engineered to help out families and cafeteria food can be limited to only nutritious food, the obesity epidemic may just become a thing of the past and leave this country just as fast as it came.

While certain populations have a higher rate of obesity than others, obesity rates in general have increased for all races, genders, ages, and socioeconomic statues in America. This means it’s a real problem and can’t be shrugged at because the solution seems simple on the surface. In order to fix the problem, one must recognize why it’s there in the first place. And by thoroughly examining the causes of obesity, society is already halfway there to solving the problem!

Reducing Cholesterol with Omega 3 – Salmon Anybody?

Adrenalize Your Self Worth

Underground Sprinklers – The Key to a Beautiful Lawn

How to Clean Your Jewelry – Gold, Silver and Diamonds

How to Make Your Business More Efficient

How to Apply Lipstick Flawlessly Every Single Time

Should Teachers Be Able to Cancel or Change Halloween at School?

When to Tell the Boss You’re Pregnant

- June 1, 2019 0
The television, often called the ‘boob tube’ is ever blamed for the demise of our society. For decades th

The Amount Spent on Christmas Presents vs What Should Spend on...