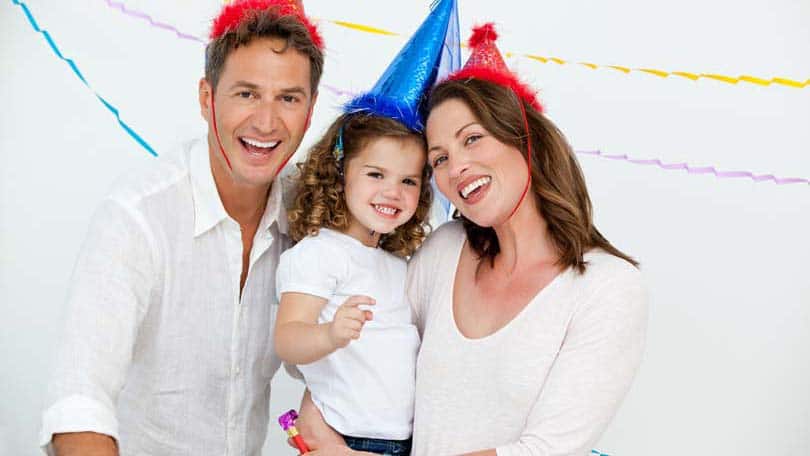 When you were a kid, you were excited to just get invited to a birthday party. Your parents probably allotted you a $5 or $10 budget to purchase your friend a gift, which meant YOU, had to scale back on something you wanted or needed that week, dressed you in your nicest clothes and sent you walking to a neighbor’s house for a party that lasted around 2 hours. You ate cake, sung Happy Birthday, took a few smacks at a piñata, and played a few games. When you got older, if you were lucky the birthday party was a slumber party that had you camping in your friends back yard – and the hosting parents likely grilled hot dogs or ordered pizza in return for your attendance. But honestly, did you come home with gift and goody bags? Birthday parties were for and about your friend, not you – right?

Boy are things changing. And sadly, the new era of over indulgent parenting has even spilled over into birthday parties. The harsh reality is that the up and coming generation of children is a ‘what about me,’ society that is being taught from an early age that they should benefit from every endeavor. If they show up to a party with a gift – kids today pretty much expect a gift in return. Sadly, the whole idealism of making every child feel special all the time has gone a step too far with the tradition of goody bags at birthday parties.

Today, birthday parties for kids are big business. Often the cost of hosting the parties is more than the cost of the presents. And one of the most common forms of over indulgence is gift and goody bags wrapped up for the partygoers in style so they have token gifts to take home. Really? Does your child really need another piece of junk glow in the dark ring or unsharpened pencil? Amazingly, in a poll at Parenting Magazine around 89% of all parents said that they ‘expected’ goody bags when their children went to a party and felt that not providing them was both rude and a let down for the children. Additionally, most parents hosting birthday parties for children less than 10 years of age said that they spend as much as $10 per child filling these goody bags with candies and treats and/or toys in the hopes of pleasing the children that attended the party. This means that for a party of 20 kids, parents are spending $200 to fill up goody bags.

And where does most of the stuff in the goody bag end up? The same place as all of those Happy Meal toys – in the trash or at the bottom of the black hole known as a toy box.

Many parents have even taken the gift and goody bag idealism a step further by trying to create homemade, one of a kid tokens for the bags. And while the hand crocheted bracelet with the child’s name on it may be impressive to the attending parents – the kids could probably care less. This means that all your hard work and creativity, and efforts to be the Queen of the birthday party venue are meaningless, expensive and over indulgent.

Sadly, when the question of whether goody bags were necessary at a birthday party was posed to a group of 1st graders at one California elementary school – all but two students in the class said they were. One child even said that they wouldn’t attend a birthday party for a friend if they knew they weren’t going to get anything in return.

And in lieu of goody bags, many parents are opting for ultra expensive birthday party ideas that offer kids something to take home with them. These parties however, do not come at a low price. For instance at Build-a Bear workshop, which hosts 65,000 birthday parties each and every year – the cost per partygoer can be as high as $30 per child. Sure, the kids each get to make and take home a brand new stuffed animal, but is the cost really worth it? Other parties allow children to create cupcakes, pieces of pottery or even play dress-up and have pictures taken.

What about the old-fashioned sense of a birthday being about the birthday boy and girl. Some parents complain that it is difficult for children to sit back and watch a friend open present after present and receive nothing in return. These parents, who are obviously FOR the goody bag experience, are simply perpetuating selfishness and truly need to rethink their lessons about the facts of life to their kids. A birthday SHOULD be special for the boy or girl who is having the party. Presents and gifts should be presented, but should not be a requirement for the birthday boy/girl. But sending the guests home with gifts? Not so much.

All of this goody bag talk, should make you reminiscent of a time when birthday parties were about the gathering of friends. When hosting a party meant a homemade cake, and the kids brought home mosquito bites from playing tag in the yard. There were no bounce houses, no custom made outfits. Parents didn’t stand around and judge the décor or think the party was lame because there wasn’t a ‘theme.’ The theme was that it was a friend’s birthday and the children actually interacted with one another. Instead of bringing home goody bags, they brought home good memories and perhaps a little icing on their face, and that was it. More importantly, that was just enough to make the party special!

The Sexiest Dresses at the 2020 Oscar After-Parties

Children Love Learning to Code Online, and So Do Parents

- December 8, 2019 0
Parents everywhere are looking for productive but fun activities for their kids. On the one hand, the COV

How to Clean Bedroom Pillows – Removing Dirt, Spills and Stains

Carpet Underlay – Underlay Improves the Look of Your Carpet