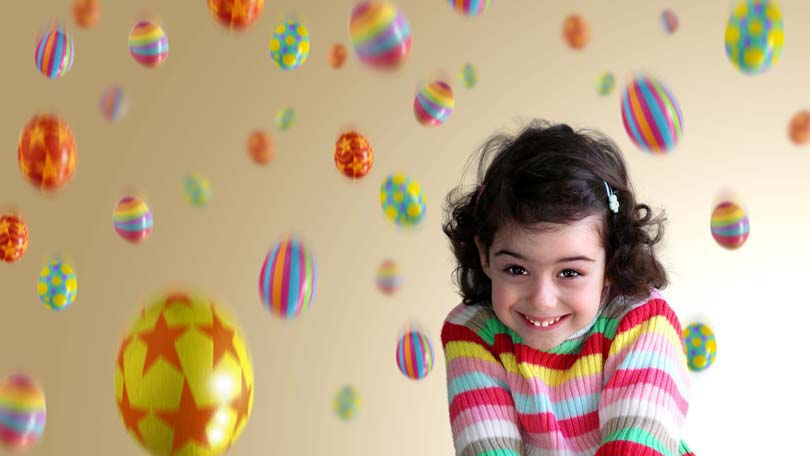 Today’s version of a birthday party is not cheap. There is a multi-million dollar party business designed around parents and children who want to make the annual commemoration of birth a special EVENT, for their children.

The days of homemade cakes, pin the tail on the donkey and eating at the backyard picnic table are long gone. Today, a child of any age can magically create the part of their dreams with easy access to nearly any ‘theme’ on the planet, and parents spend endless hours planning extravagant outings, activities and hiring rentals just to make sure the party is a sensation. Sadly, this is true even for two and three year olds, who will in no way remember these bashes. Have parents gone mad? With so many venues to choose from, and extras such as goody bags to boot, do you think that today’s birthday parties have gone too far? After all, just recently a new reality series evolved featuring idiotic parents dropping $30 grand on no holds barred birthday parties for their children.

Fox News Network recently featured a story on just this issue. In their report, they found that people are now hiring party planners for their children’s birthday parties. For a $1,000 you can get one of these pint sized party planners to throw together a shindig that ‘used’ to be saved for royalty. And of course, each and every extra- from the banners to the paper plates will cost the parents extra. Just recently, one party planner held an event at the Ritz Carlton in Boston for a 4-year duo, which featured a 30-foot candy buffet, an extravagant castle, and a host of other party favors sure to please a crowd.

But who pray tell are these parties for? Any parent who has to get their child dressed for a big event would surely tell you they’d been happier with a more relaxed venue.

Children today are not only pressured from all sides to fit into the neat and tidy box of societal expectations – but are now also removed from celebrating their birthdays with ‘real’ friends. You have to wonder if parties with so much extravagance are for the children or for the adults.

The trend in upscale, expensive birthday parties whether it is building stuffed bears, painting ceramic, visiting a sports venue, or renting out space at a water park may be part of the backlash from parental guilt. In 2011, there are more children in day care than there has ever been in the history of the United States. With more parents working away from their children, they are playing a role in the ‘buying off’ of children through gifts and extravagance to make up for their absences. There is a message being sent that the more a parent spends on a party, the more love there is for a child. And the competition is fierce. Many parents spend a lot of time planning parties for children who aren’t even potty trained yet – that seem to be narrowing in on how the other parents will feel rather than the enjoyment of the children.

Truth be told, you could invite a bunch of 7 year olds over to your house, run the water hose in a big pile of mud and tell them to play – and they would likely think it is the best party they have ever attended. Take it one-step further and forego the fancy cupcakes from some upscale bakery and give each kid a bowl of icing and a spoon. That’s about the only part of cake kids really love anyways. The party could end with a slip and slide to wash off the mud and like magic; you have just recreated the perfect, kid-appropriate party. And if mud isn’t your idea of a good time, then how about inviting over a guest list of friends to play old fashioned party games in the yard. With $10 worth of princess or super hero plates and napkins from your local Wal-mart the soirée would be just as fun to the children (maybe even more so) than attending a ballroom event at the Ritz.

One of the sad side effects to this birthday party revolution is that parents who cannot afford parties are often opting out of the competition altogether. They feel so much pressure to live up to the party expectations they have witnessed, and provide such an extensive spread of activities, that they simply do something with family or one singular friend to avoid the perceived ‘embarrassment’ of hosting a regular birthday party. And many more are keeping their children home from these events so they won’t feel pressured by their kids to do something as extravagant.

According to some figures by Fox News, just a ‘regular’ birthday party complete with food, drinks, a few activities, and goody bags can cost as much as $300, which is often more than parents spend on gifts for one child. And truly, aren’t we in an economic down slump? Is it worth taking out a loan, or spending your savings on a child’s birthday party?

The focus of a birthday, especially for children – should remain on the child’s day of birth. Birthdays are celebrations of life, of growth and of the child. They shouldn’t be used as opportunities to keep up with the Jones’s or to be victimized by elements of peer pressure from other parents and children. It isn’t so much that children have changed over the years, but more that parents have changed. And sadly, many of these changes aren’t for the better.

It’s true that you cannot put a price tag on love. However, it is most important to stick to your true family values and provide for your children the things that you can afford. If someone is going to judge you because you are having a backyard party – chances are they aren’t much of a friend anyways. Keep your focus on your child, and remain within your budget!

3 Surprising Misconceptions About Boundaries that Sabotage Your Relationships and Mental...

Why Smoking CBD Flower Is the Best Way To Consume CBD

- October 4, 2019 0
Most tend to shudder a bit at the thought of household chores; after a long day at work, keeping your hom

Blue Screen Of Death – How Do I Fix It