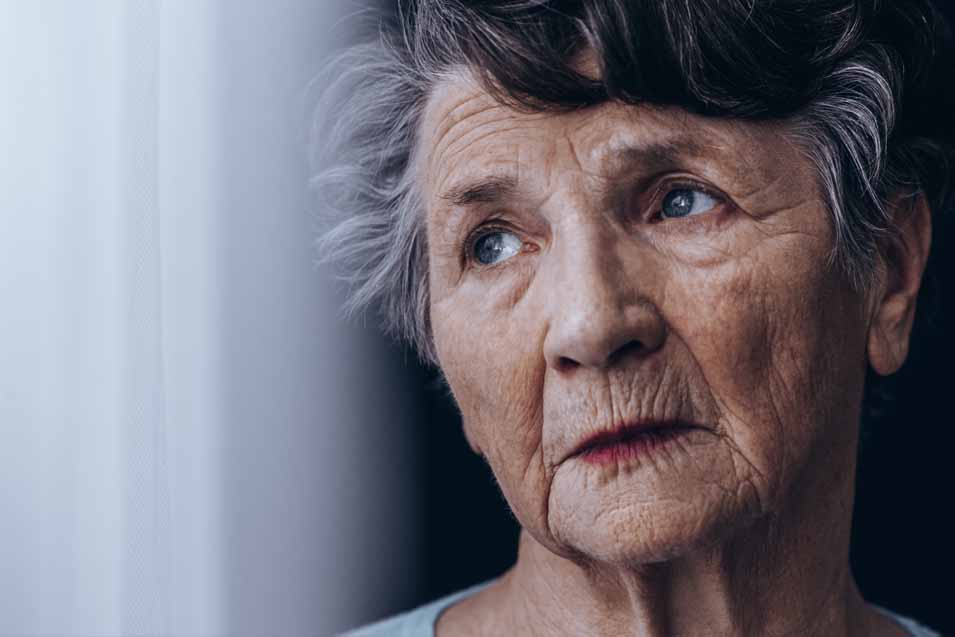 Because we’re human, we fear what we don’t understand. We are skilled in constructing real and imagined boundaries around matters we’re unable to control and hope to keep at bay. Despite our best effort, talk of disease or decline stirs fear in our hearts.

Denial is powerful toxin. Its wake can leave a stigma resulting from our fears.

A mark of disgrace associated with a particular circumstance, quality, or person.

History teaches an important lesson about unhealthy attitudes toward those affected by disease and decline. Leprosy, syphilis, cancer and AIDS are reminders of how easily fear can overshadow compassion and challenge our humanity.

Today 5.7 million Americans and over 50 million human beings around the globe are living with Alzheimer’s disease and related dementias. These brain diseases trigger some of our worst fears. Why? Because this collection of disease is confusing and life threatening, leaving those diagnosed in fear of disclosure.

In the wake of media attention to Sandra Day O’Connor’s dementia, I was asked by a journalist if disclosing a diagnosis to family and friends was anything like coming out for a member of the LGBTQ+ community. I find this question still percolating through my thoughts, in search of an answer.

Both groups face a difficult psychological process around the decision to disclose. Coming out isn’t their reaction to illness, though LGBTQ disclosure still carries stigma in some corners of our culture. So maybe both communities fear speaking the truth aloud to family and friends because that truth may give others license to treat them differently.

I’m contemplating this question, still in search of an answer.

O’Connor and Turner have both earned my admiration for finding a voice to share their diagnosis; it had to take remarkable courage. And although we don’t know if either received an honest explanation of their condition from the medical community, what I found most interesting were the words each chose to use in their disclosure.

I want to share some personal news with you. Some time ago, doctors diagnosed me with the beginning stages of dementia, probably Alzheimer’s disease. As this condition has progressed, I am no longer able to participate in public life. Since many people have asked about my current status and activities, I want to be open about these changes, and while I am still able, share some personal thoughts.”

The truth is dementia and Alzheimer’s in all forms remain fatal diseases today. So the only way to remove stigma and support those facing disclosure may be to understand that people of many different cultures, means, gender identity, political party, religion and race are living with dementia today.

This disease is indiscriminate.

Why is this so important? Because the harmful effects of fear and stigma include:

What steps can each of us take to remove the stigma of brain disease?

Lisa B Capp is a writer, an activist and a dementia caregiving survivor. She serves on the Alzheimer’s Association Leadership Board Desert Southwest, is a member of the Alzheimer’s Impact Movement and AlzAuthors. As a High Tech Change Consultant, Lisa worked with leaders of global business, governments and non-profits. Her passion for empowering strength through transition in her professional work is now focused on helping others to find their power and grace through the caregiving journey. For more information visit her website at www.lisabcapp.com. Connect on Twitter @lisabcapp and LinkedIn at Lisa B Capp.

Creative DIY ideas That Will Take Your Home To The Next...

33 Easy Ground Turkey Recipes to Switch up Your Weeknight Dinner...

Why Gummies Are The Best Way To Get Your CBG

How to Prevent Scratching Wooden Flooring

- November 28, 2020 0
Wood floors are known for their luxurious looks and impressive durability. However, they are more difficu