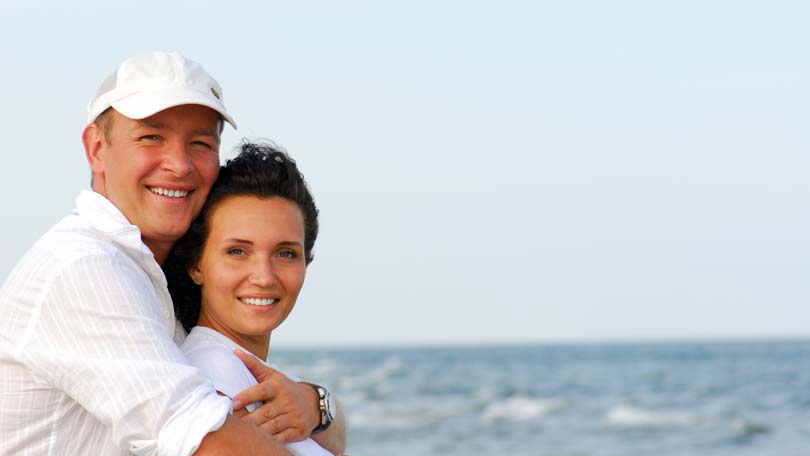 For those of you that are married, the answer to this question is a no-brainer. There are plenty of reasons to celebrate wedding anniversaries – the most important being that if you don’t, you are likely to NOT remain married for long. According to some pretty biased statistics from jilted wives, around 45% of all men forget their wedding anniversary each year. (Poor fellows!) Why? How? And for their sake, what is so important, emotional, and beneficial about the anniversary to begin with?

The anniversary is very similar to a child’s growth chart inked on the wall of their bedroom. Each year you get to make another mark to see how much they have grown and it gives you a very tangible and physical reminder of just how far they have come. The anniversary for many married people (mostly women) marks another year of togetherness, where divorce was avoided, bringing you one-step closer to defying the odds against you. It also gives you bragging rights to show all those people that thought it would never last, that it has and it is! And let’s be real, nothing is more fun that shoving pie in people’s face who thought you were going to fail. Of course, you still have a long way to go till death do you part, so you may want to save your gloating for later.

But isn’t it more than that? One of the most meaningful days in your life was the day you got married. You didn’t know it then, but it was also probably the most transitional. The wedding day marks the end of childhood things and fancies, ideals of white picket fences and dreams that love is all that matters. From that day forward, a couple begins to grow together and apart, often simultaneously, reevaluating everything they thought was important in a life mate and a marriage. As months and years pass – sometimes it feels like its all for not. You realize along the way that you aren’t going to change people and that relationships are more about tolerance, compromise, and compassion than they are about love. So what’s not to celebrate when you make it another year? And if you are basically happy…then you have the number one reason to celebrate wedding anniversaries. Congratulations.

When you have made it another year with the same person, especially when your next to longest relationship before was a sheer few months (and you didn’t live together) anniversaries seem special. And on that day, the importance of celebrating it allows you to put behind silly irritations and gently pat you and your partner on the back for making it work. Rarely, do people describe an anniversary in this manner, but the truth is that some years with the same partner feel like decades. Other years seem to fly too fast and make you wish you could literally stop the hands of the clock to bask in the passion and love that the two of you have found. But most years, the longer you are married…just pass. They come with ups and downs, none of which will destroy or strengthen and bank on a whole lot of commitment to the institute of marriage and faith in the future.

Another reason to celebrate anniversaries is because it is a day, the only day that is just between the two of you. Sure, others may have been married this same day. But this is the day that the two you stood across from one another, in front of God, friends, and family and outwardly admitted your love for one another. You stood there with wild optimism, hopes, and dreams that were strung from your heart straight to your partner’s and believed…as a child believes in Santa, that it all would come true. And hopefully it will. There are few times in life when the human spirit and heart are so passionately connected to another that they are willing to thrash aside reason, warnings and common sense to take a leaf of faith with another human being, like you did the day you got married.

Get it yet guys?

There are other reasons to celebrate anniversaries as well, even if the day doesn’t belong to you. Other married people in your life should also be recognized and commended for their years together. Exactly what went on between them during the years separated by this one day, you might never know. However, if they are standing together on yet another wedding anniversary they know something about strength, love, commitment, and compromise. Likely, they have something to teach us all.

Anniversaries, like a notch in a belt – seem to signify where we have been and give inclination to where we are going. Each notch, brings with it something more valuable than the one before and the ones to come. Looking back at all the notches can serve as reason to stay when the going gets tough. After all, who wants to give up all those years? And when things are good in a marriage, the notches seem to say that you made the right decision so long ago, when you likely didn’t even know better, and that the future is full of promise.

Sure, men forget the dates. Charge them with that on the simply basis that they are left brained individuals, more dedicated to the future than the past. Women on the other hand live their life in the right brain of emotion. It doesn’t really matter. Whether remembered or forgotten, the presence of your partner on that day….should mean everything and more and give you even more incentive to keep on loving one another.

If you are looking for reasons to celebrate anniversaries, you likely have to look no further than the way you felt on your wedding day. Maybe you feel the same today. Maybe you don’t. But definitely you are together and that my friend, says a whole heck of a lot. Happy Anniversary!

Flooring Options for the Bedroom

7 Steps To An Organized, Good-Looking Kitchen

How to winterize a vehicle at home: 10 Easy-to-Follow Steps

6 Ways Edibles Can Improve Your Quality of Life

- August 20, 2020 0
Nature has the power to heal anything from your physical to mental health. Home gardening is another way

Heated Flooring in the Bathroom

6 Tips for Caring For and Propagating String of Turtles

Why You Should Learn To Give Yourself A Straight Razor Shave