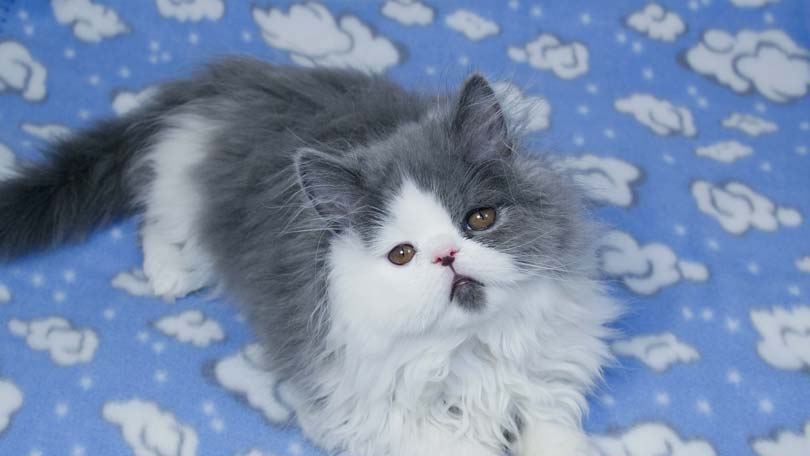 Cat pee is vicious. Unlike dog urine, cat urine will cling to anything it can with a striking smell that just refuses to be washed away. In most cases, cats pee on things and in inappropriate places due to one of three reasons. The first is the possibility of a medical cause. Urinary tract infections are the leading health cause of cat pee on the bed. Territorial issues or communicating a dissatisfaction with changes in the house follows as the second most common reason. The third is simple, their toilet wasn’t clean enough so they used something that seemed about as close to the litter box as they could get. Regardless of the reason, removing cat pee from a duvet can be an impossible job.

What is worse than climbing into bed after a long day, all ready to settle in and drift off into a fabulously deserved sleep than realize that cold, wet feeling at your feet is cat urine? After getting over your emotional reaction to track down kitty kitty and plaster her to the wall with the heel of your foot, you now have to strip the bed, make the bed with fresh sheets, and attack the cat pee before it settles in permanently.

Start with dry cloths or paper towels. First, you want to remove the urine, not spread it through the fibers by adding more fluids to it. Soak it up completely and then move onto the next step of treating the stain and removing the odor.

Removing cat pee from a duvet is a two step process. You want to remove the staining, which isn’t hard, and then remove the odor, which is next to impossible. The staining can be removed in the wash cycle. Most comforters and duvets are capable of withstanding a run through the gentle cycle. Treating the spot can be tricky. Never ever use ammonia based products. Ammonia smells too much like cat urine and will become an open invitation for them to splatter your bed once again.

Never mix ammonia with bleach, either. But you probably know that. For a duvet that can tolerate a bleach and water concoction, this is not necessarily a bad step. However, there are very few perfectly white duvets out there, as eggshell is in this year. God knows that if you have a brighter color, you’re really in for a treat.

Soak the stain in a pretreater. The Oxyclean line actually delivers on most of its promises, with the exception of being colorfast. It is not unusual for Oxyclean to leave white staining behind on colors. Trust me, I have enough faded, whited out blue shirts to be sure that this is true. Oxyclean also requires complete dilution before use. For front loading machines, this is very difficult.

Enzyme based products make the best cat pee remover. They are especially designed for removing not just the stain, but the odor as well. Unfortunately, if a cat continuously pees on the same area, the odor can become permanent no matter what you do. Cat urine is specifically designed to ward off predators, as well as other feline competition. That means the intentionally strong aroma that serves wild cats well can quickly ruin your comforter or duvet with just a few solid dousings.

Once you are sure that the pretreater has soaked in and you are no longer able to smell the urine aroma when you hold it close to your nose, then wash the comforter on the gentle cycle until you are absolutely positive the smell is gone. For most machines, this is twice.

If you are still firmly planted in your Laundromat days, maintain the area your little precious peed on with continuous soaking in fresh water and enzyme based detergents. You don’t want it to dry out until after you have had a chance to wash it thoroughly and get the charming scent precious left behind.

Some people debate about whether to throw the duvet in the dryer or to allow it to dry outside in the sun. In my opinion, the answer to that depends on your climate and the time of year it is. The sun makes a great natural bleaching agent, which means it can help deodorize the duvet or comforter while it is drying. However, if it is January and you live in Minnesota, there isn’t much that the sun is going to offer you. If it is at all possible to dry the duvet in the sun, you are probably going to have a much easier time ridding your bedding of the smell.

When removing cat pee from a duvet always always always, smell check before drying. Even by pressing your nose up tight to the area, you might not be able to smell the residue before the duvet or comforter is thoroughly dry. If by chance you dry it and find that there is still a lingering odor you are going to need to repeat the steps until your comforter or duvet smells like it should. In the meantime, you might want to consider closing the bedroom door until you figure out exactly why your precious one insists on christening your bed.

How Often You Should Wash Your Hair, Based on Your Hair...

US Marine Attempts the US Army Combat Fitness Test

admin - November 1, 2020 0
The amount of information swirling out there around the most effective cleaning (and sanitizing, and disinfecting) practices can be dizzying — and often, misleading....