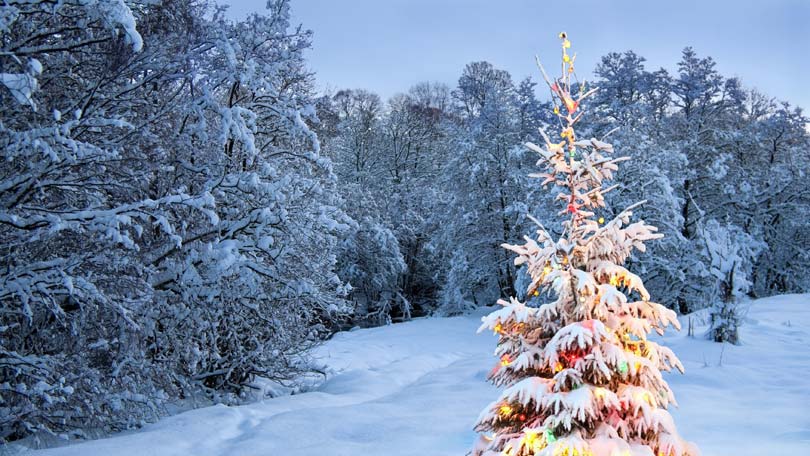 It seems that as our world becomes more information drive, and technologically adept – simple pleasures like writing letters to one another and sending Christmas cards, is becoming a dying tradition. When you were a kid, you probably remember your family receiving numerous cards that were displayed with love around a doorframe during the holiday season. It was a warm and comfy feeling to receive updated pictures and kind words from long distance family and friends that seemed to bring a spirit of joy to the holiday season. So what happened? How many folks in this fast-paced world we live in where we can send an E-card in second flat, will actually take the time to purchase cards, sign them, and get them to the brick and mortar post office for delivery?

The Christmas card tradition originated in the late 19th century among affluent families. Back then, it was customary for people to leave ‘calling cards’ at people’s houses when they visited. Since so much family visited during the holiday season, Christmas themed cards were being mass-produced by German companies, which eventually sky rocketed into the Christmas Cards of today.

Research shows that the pre-baby boomer generation felt so strongly about sending Christmas cards during the holiday season that the average family sent around 300 cards. These cards were not saved for simply family and friends, but for all other people who touched their lives. Back then, you knew your postman by name, your grocery store clerk was considered a friend and even the occasional neighbor you passed with no more than a wave, received a Christmas card. It was also considered rude, not to oblige the tradition – and folks actually spent time writing personal notes and signing their names. Mailing a Christmas card was considered one of those simple things that showed effort on part of the sender, and was a sign of a peaceful humanity during the holiday season.

But in recent years, numbers for greeting cards have dwindled. Large companies like Hallmark Greeting Card Company have seen a 33.7% decrease since 2007 in the amount of Christmas cards purchased each year. And in a recent survey at Parenting Magazine, only 22% of all households said that they would be sending out traditional Christmas cards this year. Most families are opting for family picture cards that they can print on their own through online companies or have done at department store giants like Wal-Mart or Target. And many other people admit that they will send E-cards available online rather than spend the money and time on postage and mailing.

The excuses for not sending Christmas cards a varied. Many people feel that postage is just too high, and that the extra expenses are not economically important during a time of year when most people feel financially strapped. Additionally, since long distance phone fees have been reduced and with the inventions of communication tools that allow people to share live conversations, send pictures, chat, and communicate on a daily basis regardless of location, the need for Christmas cards to stay in touch is less important. Additionally, Christmas cards seem to go against the green friendly world that we live in and are often seen as a source of waste. And, perhaps most important, is that the new generation of young adults don’t see the viability or need for sending Christmas cards when there are so many other venues for connecting and communicating.

Apparently, sending out Christmas cards is becoming a tradition that is dying out. The same is true for pen pals and letter writing, and nearly every other facet of slow communication. Today, people want to connect with others right away, and do not want to have to wait to receive greetings from the mail.

This is perhaps one reason, that when you receive a Christmas card it is so meaningful. Receiving a card in the mail, is like a simple kiss from the Universe that lets you know someone, somewhere was thinking about you. Not only did they purchase the card, address the envelope, lick it closed, and make a visit to the post office so that it would get to you on time – but also they did it in a very special and traditional way. The best part is that receiving something like that in the mail can come at just the right time, during a day where you needed it the most, and should bring a smile to your face. It’s sad to think that a whole generation of people will never truly understand the feeling of receiving a special card in the mail, or a handwritten letter – or a little note that says you were being thought about.

Last year, the American Greeting Card Association compiled numbers from European countries and Canada to estimate how many people send out traditional Christmas cards today. The numbers showed that Europeans and Canadians still sent an average of 11 cards per year, while Americans only sent 8 per household per year. When you consider that when the tradition first started, families were sending out 300 per household – it is easy to see that before long this holiday tradition will no longer be important. However, before you decide to opt out of Christmas cards, take a minute to realize just how happy it might make someone in your life to receive a postage paid Christmas card in the mail to hang on their mantel during this holiday season.

Bedroom Mirrors: What are Your Best Options?

4 Tips To Revamp Your Wardrobe: A Guide For Men

Working for a Miserable Boss – How do You Deal with...

Why Am I Always Cold? 10 Reasons Why Experts Say You’re...

Zoe Summer - November 22, 2019 0
Whilst sitting under an apple tree, upon seeing a falling apple, the renowned physicist Sir Isaac Newton

History of Halloween – A Pagan Festival in the British Isles