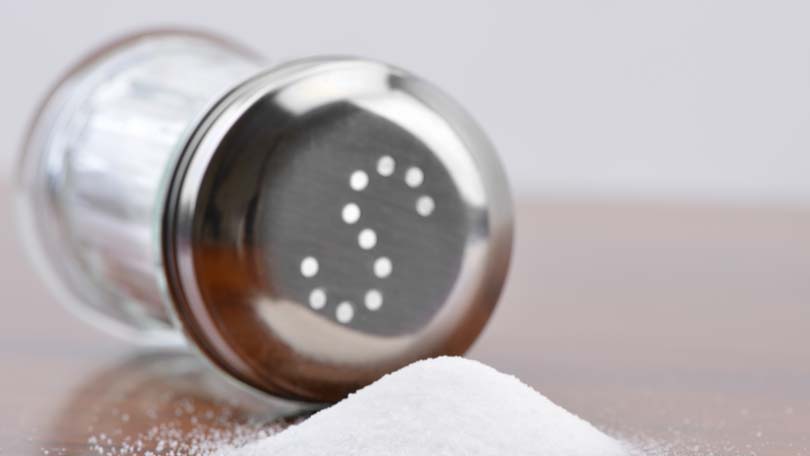 Where ever you live, one thing is common to most countries. The governments are always trying to control everything….just because they think they can. There is always some sort of crisis that the government must ‘save’ you from, whether or not there is any evidence that it is actually a problem. For Nazi Germany, it was Bolsheviks and Jews. In China and other places it is dissidents. In the Middle East, it is U.S. Imperialism. In the US, it switches from drugs, private ownership of firearms, religious fanatics, militias, etc….. The latest ‘crisis’ is from evil food producers that force us to eat too much salt, and very large food portions, all against our will. And every crisis that is managed means we lose a little more personal freedom. But the government has to do it, because, after all, we are much too stupid to be able to read the labels on our food, and make our own decisions. And our government does such a good job administering things like illegal drug use, drivers licenses, and even the federal budget…it begs the question: Should government regulate the amount of salt in our food?

First, it may be a good idea to find out if this is really a problem in the first place. Political organizations such as the FDA tell us that eating too much salt causes hypertension and heart attacks. Is this true? There have been many studies done on this very subject, but for some reason, this research is largely ignored. We can start with a few basic facts that are indisputable:

Now for the Cons:

Fib: Salt causes high blood pressure and heart attacks.
The Truth: The only way they came up with this is ‘Biological Plausibility‘, meaning it just sounds good, but has no evidence to support it. In fact, a 1972 study indicated that a reduction in salt could actually have some negative biological effects (Hans R. Brunner, M.D., John H. Laragh, M.D., Leslie Baer, M.D., Michael A. Newton, M.D., Frank T. Goodwin, M.D., Lawrence R. Krakoff, M.D., Richard H. Bard, M.D., and Fritz. R. Bühler, M.D.

N Engl J Med 1972; 286:441-449March 2, 1972DOI: 10.1056/NEJM197203022860901).
To date, there has not been a single recorded death exclusively and directly attributable to salt consumption. Salt can temporarily aggravate an existing case of hypertension due to more water in the blood, but it does not cause the condition. High Blood Pressure is caused by other factors, such as age, general health, obesity, lifestyle, stress, and genetic propensity.

Fib: Americans consume 2+ times the safe amount of salt.
The Truth: here has never been a ‘safe’ or ‘dangerous’ level of salt consumption established through normal scientific means. As long as fresh drinking water is available, excess salt is eliminated. Salt Toxicity has only been observed in confined animals fed with ridiculously high levels of salt, and denied access to drinking water. This results in dehydration. We consume a lot of salt because we consume a lot of food, more than any other nation on Earth. We are the most obese group of people on the planet. This is due to two main factors: Prosperity and technology. We are the world leaders in both areas. We eat more because we can.

Fib: Reducing the amount of salt in processed foods will save millions of lives.
The Truth: Reducing salt will cause people to eat more, or not buy reduced salt products. It would also have a negative effect on some foods such as cheese and breads, that depend on salt for texture, sanitation, and leavening. There are already reduced-sodium products available, and they only make up a very small portion of sales.

All of the available and reliable data indicates that regulating salt in foods is an attempt to usurp more power by seemingly addressing a problem that does not exist. Can government regulation effect our health and safety? Of course. They could make a law that says you have to be in your house by 9:00 PM every night to curb crime, and that you will be imprisoned if you are more than 20 pounds over-weight, and you can only drink water, and eat organic salt and sugar-free foods. Sure, you may live longer, but is this a really desirable situation? I think not. You can control your salt intake yourself, easily, by simply reading labels and asking questions. What we really need is less government, not more. Think about that the next time you ask yourself, “ Should government regulate the amount of salt in our food?”

Birthdays for Twins – Making them Both Feel Special

16 Genius Kitchen Drawer and Cabinet Organizers to Get Your Home...

A Career in the Trades

- June 3, 2019 0
Baltimore is one of the most unique seaside towns in America. Offering both history and the most up to da

Dressing Your Age – You’re Not 20 Forever My Dear

5 Things to Know Before You Transition Your Dyed Hair to...