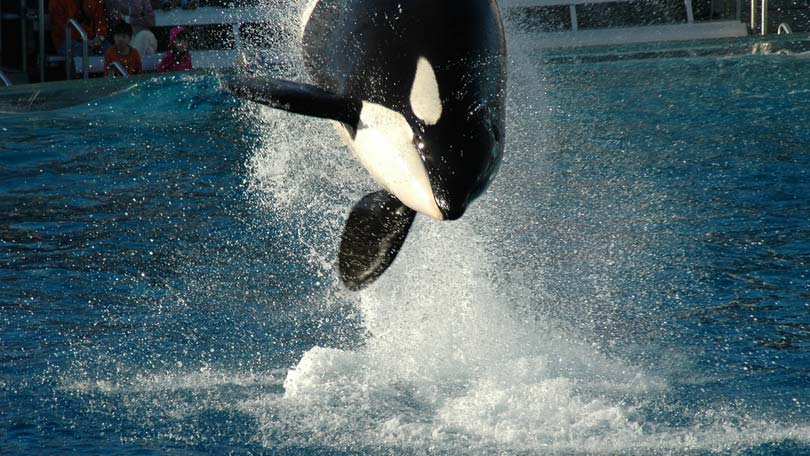 Theme parks come in all shapes and sizes. Some, of course, are world-renowned while others are small local favorites where friends and family congregate for day-long fun. All contain similar elements  rides, carnival games, plenty of fast food.

SeaWorld, however, is so much more than just a theme park, even though it’s classified as such. While you’ll find a few rides, perhaps an arcade game or two, and lots of on-the-go finger food, what makes these marine zoological parks so special is the wonderful animals that stand ready to entertain the crowds of thousands that visit SeaWorld’s three parks each and every day.

The Origins of SeaWorld

The first SeaWorld opened in San Diego, California in 1964 and was the brainchild of four UCLA graduates who originally set out to build an underwater restaurant. Instead, they pooled together their resources ($1.5 million) and purchased 22 acres of land along the city’s beautiful Mission Bay; built two seawater aquariums, acquired several dolphins and sea lions, and hired 45 employees to run their new establishment. The result was nearly a half-million visitors during the first year of operation.

The company went public in 1970 and a second park was built in Aurora, Ohio. (it’s now owned by Six Flags.) Capitalizing on the success of Walt Disney World, another park opened in Orlando in 1973, and finally, one additional SeaWorld took shape in San Antonio, Texas, opening in 1988. The parks have been owned by Anheuser-Busch Companies, Inc. since 1989.

The owners of SeaWorld and their employees take their mission very seriously. The parks boast one of the largest and most respected marine zoological collections in the world and the care they show for the animals has allowed them to maintain accreditation from the American Zoo and Aquarium Association. SeaWorld remains committed to not only entertaining the masses but also education, research, and conservation.

SeaWorld, thanks to its diverse collection of things to do, is a theme park suitable for families with kids of all ages. Furthermore, though the parks are expansive, they’re not so overwhelming as to require several days to complete your visit. If you organize your day correctly; arriving early and carefully reviewing the times of the shows you wish to see, you can fit your visit into a single day. However, the parks do have a deal that provides you with a 2nd day’s admission within 7 days of your first visit for less than $10 more than a one-day ticket. So, if you have the luxury of time, you can take two leisurely days to explore the park.

The centerpiece of the SeaWorld theme parks are not the rides. Those are secondary. The wonderful shows are the highlight of everyone’s visit, regardless of which of the three parks you choose to visit. The great thing about SeaWorld’s shows is that they’re appropriate for all ages and the length of each is such that no one gets bored.

Shows that involve the park’s many marine animals are, of course, the most popular and have been for decades. Shamu the Whale has long been the star of SeaWorld and one lucky guest per show usually has the opportunity to get ‘up close and personal’ with this famous whale. (Well, actually there are several Shamus.) Everyone from toddlers to teens love Shamu and the show is always packed.

Other shows feature SeaWorld’s huge family of dolphins who endear themselves to the crowds with their amazing twists, turns, and jumps. Sea lions Clyde and Seamore also have their own show at each of the parks, surprising visitors with their silly antics and amazing learned behaviors.

SeaWorld is also home to a host of other shows that don’t involve the marine animals but are equally as entertaining for kids and parents alike. You can enjoy circus-type extravaganzas at some of the parks as well as shows that involve water skiers and high divers. SeaWorld Orlando even boasts a unique nightly event called Mistify, not unlike Disney’s Fantasmic, which features images displayed on mist screens, 100-foot fountains, flames on water, and amazing fireworks. You might even take in a show that includes other incredible animals, such as cats, dogs, birds, and even pot-bellied pigs.

Each of the three SeaWorld locations has their own small selection of rides. Though there are only a few per park, Anheuser-Busch has seen to it that they are indeed thrilling. Some are suitable only for adults and older kids while others can be enjoyed by the whole family.

The San Antonio location currently has the largest assortment of rides, including a kid-sized roller coaster called the Shamu Express. This park is also home to a river rapids ride, a sky-high log flume, and a few roller coasters.

The original SeaWorld park in San Diego also has a river ride in addition to a sky tower, skyride, and simulator. California’s SeaWorld is also home to one of the park’s signature rides, Journey to Atlantis, a combination roller coaster/log flume that drops riders eight stories into a drenching pool. you’ll also fine Atlantis at Orlando and soon in San Antonio.

Kraken, a unique ride that’s specific to the Florida location, is the tallest and only floorless roller coaster in Orlando and is one of just 4 rides at that location. The others are the Wild Arctic simulator, which is also found in San Diego, and the Shamu Express family roller coaster.

A world of other kid-friendly attractions awaits your family at SeaWorld. Little ones can explore Shamu’s Happy Harbor, where they can slide, climb, and even build a sand castle or two. This attraction is available in all 3 parks.

Also at all locations is an Arcade/Midway area with carnival-style and video games. Try your hand at skee-ball, squirt gun games, pinball, and more, and win a souvenir plush toy and other prizes that your kids will treasure for years to come.

Guests can be entertained by pearl divers at the Orlando location or visit the ‘key West’ area, where you can touch dolphins and stingrays and get a close look at sea turtles. In San Antonio, the Sea Star Theater presents amazing 4-D productions, and in San Diego, the 280,000-gallon Shark Encounter puts guests face-to-face with a variety of species of sharks.

All three SeaWorld locations enjoy pleasant weather nearly all year long. Two of the parks, San Diego and Orlando, remain open 365 days a year, though hours vary by season. San Antonio is closed during January and February and offers limited hours from March through Memorial Day and Labor Day until the end of the year.

Single or multi-day tickets are available the day of your visit and can be purchased online in advance.

Eating Too Much and Doing Too Little

How to Take Better Care of Your Health This Year

5 Things You Can Do to Make Your Life More Exciting

8 Reasons to Pursue a Nursing Doctorate

- August 12, 2019 0
Nothing is worse than when your favorite hoodie shows signs of wear and tear and not in a cool distresse

Working for a Miserable Boss – How do You Deal with...