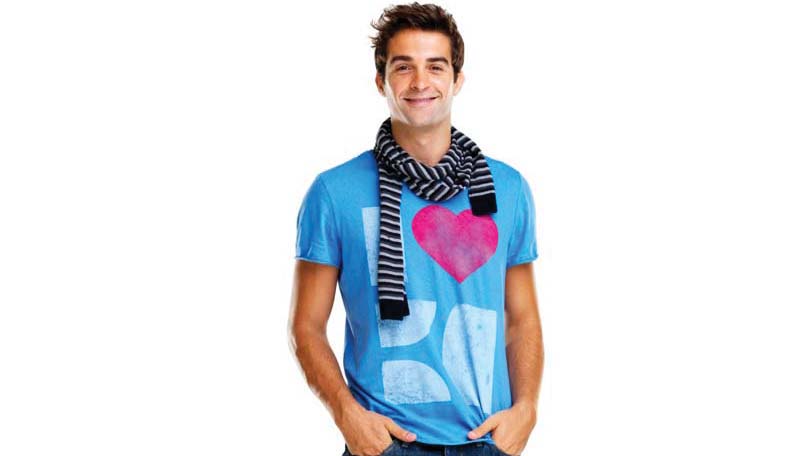 Have you ever wondered what your shoes say about you? For many people, collecting shoes is a favorite past time. Most of the time however, this refers to women. But what about men? Can you judge a man by his shoes and his shoes alone? After all, one of the first things a mother tells her daughter about dating and men, is to look at his shoes first.

According to ‘Shoeologist” (self proclaimed title only) Donna Sozio who wrote the book, Never Trust a Man in Alligator Loafers, you can. For instance, a man who has several pairs of shoes that are useful rather than anything else – sort of says that he is a laid back character, who is ‘need’ based rather than flashy and extraordinaire. He likes the basics, and does not seem to be all that interested in going the extra mile in order to impress others. While a man who wears a $350 dollar pair of shoes to work every day, despite the fact that they are covered by dress pants has an ostentatious appeal. He knows what he wants, and isn’t afraid to over indulge in himself. Does this also make him vain? After all, someone who is willing to spend that much money on a single pair of shoes, which he walks in all day – must think pretty highly of himself, or at least his feet, right?

Lauren Solomon, a New York based image consultant told Forbes Magazine that “Men should look at their shoes they way women do; as a great way to take what is already in their closet and make it better.” She goes on to say that since ties are taking a reprieve from men’s fashion – that a matching belt and shoes are becoming the most compelling part of a man’s outfit.

And from a fashion standpoint, a man who puts a little extra effort into choosing his shoes, shows that he cares about his appearance and the way that he appears to the world. The problem is that outside of Fortune 500 companies – the typical accountant husband and father probably doesn’t care much more about his shoes aside from the fact that they are comfortable (and affordable). In fact, the majority of men today – outside of ‘metrosexuals’ aren’t as in tune to fashion or appearances as their female suitors and look for comfort and functionality over appearance when it comes to shoes. And this is perhaps sad, considering so many women are walking around staring at men’s feet as an indicator of whether or not they could be a potential date.

Meghan Cleary, TV personality and author of The Perfect Fit: What Your Shoes Say About You, also says this about the way that men pick out shoes. ‘While women choose their shoes based on their mood,” she says, “men, on the other hand, choose their shoes based on activity, whether it’s for work, sports, going out or running errands, and they need an appropriate shoe for each function.’ And considering a man can only wear one pair of shoes at a time – it is unfair to base your judgments of the man based on his shoes alone. Perhaps he is running errands before he goes home to do yard work and wearing his oldest pair of sneakers? But she does say, that paying attention to how he takes care of his shoes is important. If his shoes are tattered and torn, not polished, missing laces or have holes in the bottom – you should be warned that this is a man that will not take care of a woman. Even if the shoes aren’t expensive in nature, seeing shoes in good condition shows the world that this man knows how to treat things and pays attention to the small details in life.

Since antiquity, shoes have been used to show status in life. Aristocrats of old were often the only people who wore shoes at all, and elaborate ones at that. The status of shoes showed that they were wealthy and could afford to be overindulgent and slightly vain in their choices of clothing. Today, expensive, Italian shoes are still somewhat of a status symbol. And there are many women who may be turned on by a man in expensive shoes (if they are even able to recognize them). But there are probably many more people in this world who would not be able to tell a pair of Crockett and Jones shoes from a pair of cheap dress shoes bought at Payless.

According to the National Shoe Retailers Association, men today spend more money on athletic shoes than they do any other types of shoes. In fact, men spend more on athletic and all other types of casual shoes than they do on their work shoes. The statistics also show that the average man ages 27 – 39 has only one or two pairs of dress shoes (usually in burgundy and black) that he wears on special occasions or with suits to the office. Whereas women change shoes with the outfit, men – more concerned with comfort than appearance, wear the same shoes day in and day out.

So perhaps, judging a man wholly on the shoes he wears is not such a great idea. Sure, his shoes may say a lot about him – but more than likely, it will tell you more about what he is doing that day, rather than what kind of man, or lover, of mate he would be.

33 Easy Ground Turkey Recipes to Switch up Your Weeknight Dinner...

15 Air-Purifying Bedroom Plants That’ll Turn Your Small Space Into a...

Why Fitness Is Great For Your Mental Health

Castles to See in England

Jobs for Stay at Home Moms

What is Palm Sunday – Celebrated Differently by Each Denomination

- November 25, 2020 0
Your kitchen is one of the most important spaces in your home. It is the heart of the home and a place wh

How to Clean and Care for Leather Dining Room Chairs

How to Start Your Social Media Marketing Career: Step by Step...