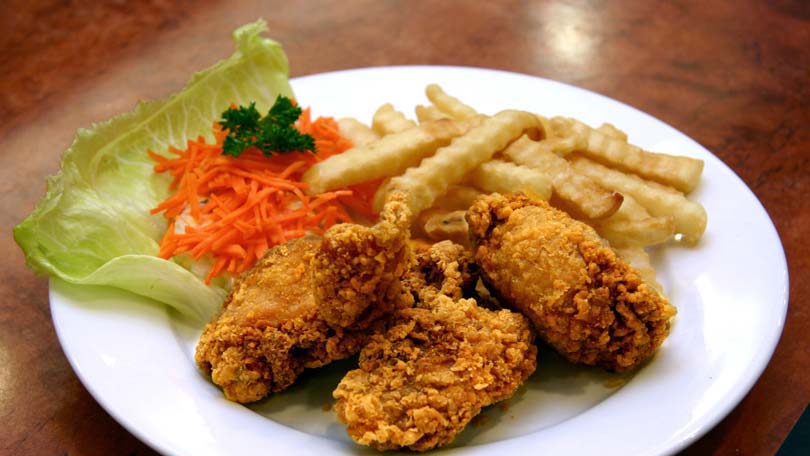 Unless you have been living under a rock, you know that cities and governments around the world are looking at more and more ways to be involved in our every day lives. In fact, in many ways, government control today is already far too expansive. And now, they want to control what we eat, how much junk food we have access to, and are spending millions of tax dollars trying to limit portion sizes, salt, transfats and other nutritional aspects of the food we eat. Some governments are even trying to implement ‘fat’ taxes. Is this fair? Is it even reasonable for a government to be involved in our kitchens? Are they going too far by regulating the personal choices of citizens? Should government have control over our diets, the foods we eat, or our portion sizes?

New York City’s mayor, Michael Bloomberg proposes to cut down on the sales of large soda items at restaurants, movie theatres and by street vendors in an attempt to combat the rising obesity epidemic. And many people are left wondering what in the world large soda consumption has to do with the government. After all, if a person wants to over indulge and become obese, isn’t that their personal problem?

For many governments the key to controlling obesity and the health related costs comes down to regulating the food industry more harshly. In New York’s case, the mayor has gone so far as to make it a requirement that restaurants only serve foods low in trans fat and salts, and that each one be given a public rating based on the ‘health’ aspects’ of their menu. Restaurants that fail to comply, would have to pay hefty taxes in order to stay in business.

Still, the vast majority of people feel that the sole responsibility of choosing healthy foods comes down to each and every individual, and should not be levied on the government.

Additionally, many different political analysts have sat divided on this very topic considering the costs of the government sticking it advising nose into the medical industry. Many of the diets that the government recommends are not healthy for every individual, and people should have a basic human right to choose what they like and what they don’t. One of the earliest forms of government intervention into the diets of its citizens came with the pasteurization of milk. For years, people consumed raw milk – and then the government regulated the milk industry and required milk companies to pasteurize the product. Not only did this make the price of milk sky rocket, but there have also been altering theories since then, about the process of pasteurization and whether it has any health benefits at all.

The cost effectiveness of a government initiating policies that regulate the intake of foods and include taxation is not supported by any political party. Many people already believe that the Food and Drug Administration and the Department of Agriculture have too much say in to the food market in the United States and only serve to drive up costs and push down the qualities of food available. And placing warning labels on food items with excessive amounts of salt, sugar or trans-fats, would only cost individual food manufacturers millions of dollars in residual costs.

One of the biggest problems of society today is that the individual is no longer held accountable for his or her actions. Far too many people are able to scuff responsibility by placing blame on the government. Should we be able to sue McDonalds for making us fat simply because they offer unhealthy food choices? Or should we realize that the individual made the choice to purchase the foods rather than spending their money. Even more confusing is the fact that the United States SNAP program which offers food stamps to nearly 1/3rd of US citizens doesn’t regulate the types of foods that can be purchased with those government dollars. Many people believe that it would be easier to curtail health problems due to an unhealthy diet by limiting the foods that people can buy – especially for those dependant upon public healthcare that is paid by taxpayers.

The amount of government control is a slippery slope that perhaps should not be accessed by any government large or small when it comes to food consumption. When governments with laws already in place controlling guns and drugs, still encounter massive problems due to these two entities, it seems to indicate that they are likely incapable of effectively controlling the personal choices of its citizens.

Each of us is responsible for the foods and drinks that we consume. Each of us is in control of the choices we make for our children, and each of us is responsible for our own health and wellbeing. Placing the blame and the burden of responsibility onto a government is a ridiculous endeavour for any government to pursue. Perhaps the key would be introducing more education into society that people have a better understanding of how the foods and drinks they consume impact their health in the long term. Not only would this be more cost effective in the long run, but it would also ensure that the individual freedoms of choice that each of us have on a daily basis would remain intact, and that the burden of responsibility would fall on the individual where it belongs.

Carpet Underlay – Underlay Improves the Look of Your Carpet

How Long You Should Expect Your Linens to Last

Disconnecting from the Digital World

Choosing a Color Scheme for a Bathroom

Re-discover the Beauty of Play

Eat Your Way to Wellness: Nourish Your Gut

- December 2, 2019 0
There are a lot of great companies out there making hand-crafted furniture, but here is our top 10 based

Are Surprises on Christmas Morning a Thing of the Past