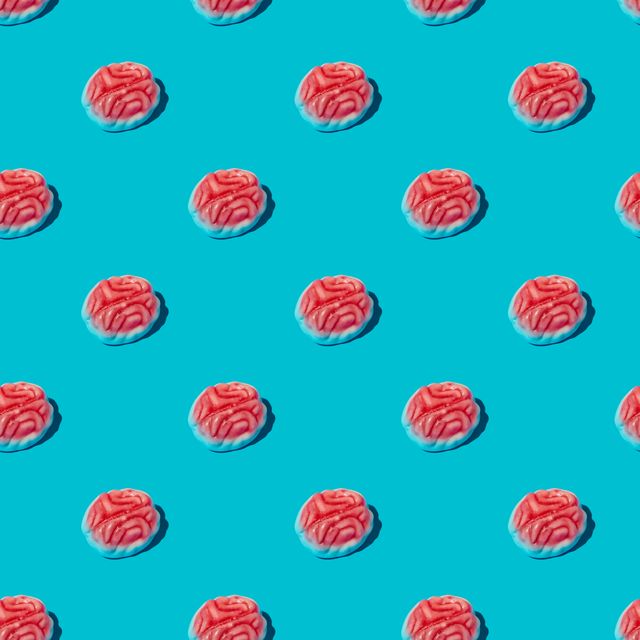 We’ve all heard these phrases that describe what our brains feel like when we’ve had too much of a sweet treat. But here’s the thing about sugar and your brain: Your noggin needs it because sugar is its main fuel. Our brains run on glucose—it fuels our cells, including our brain cells. We’re evolutionarily programmed to like sweets since they’re a great energy source. And when glucose levels are low in the blood (say, if you have hypoglycemia, or sometimes if it’s just been a while since you’ve had something to eat), brain fog sets in, you fumble for words, you forget where you put down your phone, you look for a place to curl up for a quick nap.

When there’s too sugar in the system, however, that can set off some really bad stuff in your body and your brain.

What happens in your brain when you eat sugar?

“When sugar hits our tongue, it activates certain taste buds that send a signal up to the brain, including the cerebral cortex,” says Nicole Avena, Ph.D., assistant professor of neuroscience at Mount Sinai School of Medicine, who wrote a book about sugar addiction. The signal activates the brain’s reward system; dopamine (a feel-good brain chemical) is released and the behavior is reinforced, which makes us want to repeat it ( ).

Sugar is rare among dopamine-producing foods, Avena points out. “Most of the time when we eat something new and tasty, dopamine is released the first time we taste it,” she explains. “This is an evolutionary advantage to help us to pay attention to new and different tastes, in case they make us sick. If we eat something new and don’t get sick, typically the dopamine response then goes away the next time—so basically we only release dopamine in response to eating foods. However, sugar is different. It’s more like what happens with a drug of abuse, where dopamine is released every single time it’s consumed. Eating lots of sugar will continue to feel rewarding because the dopamine level doesn’t balance out, which it does when eating healthier foods. So sugar does act a bit like a drug in our system — which is why people get hooked on sugary foods.”

Your brain on too much sugar:

We used to have to forage for sweet foods—but no more, of course. Our world is filled with sugary foods — and not just the obvious donuts and super-sweetened, super-large latte drinks. A host of surprising foods — from ketchup to salad dressing to marinara sauce —have sugar added to them. But our brains still function like sugar is a rarity.

When you repeatedly activate that reward system, your brain adapts and actually rewires itself, and you crave more and more. And research on rats turned up this finding: When they were fed high-sugar diets, the rats’ brains released less of a certain chemical that helps bodies put on the brakes, so they were less able to stop eating it.

Those sugar-saturated rats also weren’t as good at certain memory tasks, which showed that certain brain functions in the prefrontal area and hippocampus (an important area for memory formation and retention) were impaired. Other rat studies showed that a high sugar diet increased inflammation in this area, which also affected short term memory.

You may not be aware that there’s a strong connection between our gut and our brain—and sugar comes into play here as well. “When that sugary thing you’ve eaten hits your gut,” Avena says, “it activates sugar receptors there too, which signal the brain to release insulin to deal with the extra sugar you’ve eaten.” To explain further: Excess sugar drives the pancreas to produce extra insulin, a hormone involved in blood sugar regulation. The insulin signals fat cells to store excessive amounts of glucose, fatty acids, and other calorie-rich substances. As a result, too few calories remain in the bloodstream, so the brain thinks it’s now low on fuel (since it has those very high energy needs). So your hunger level rises quickly. And sugar is appealing then because it provides quick energy. Thus, the cycle begins again. And thus, cravings for more and more brownies or ice cream or candy. 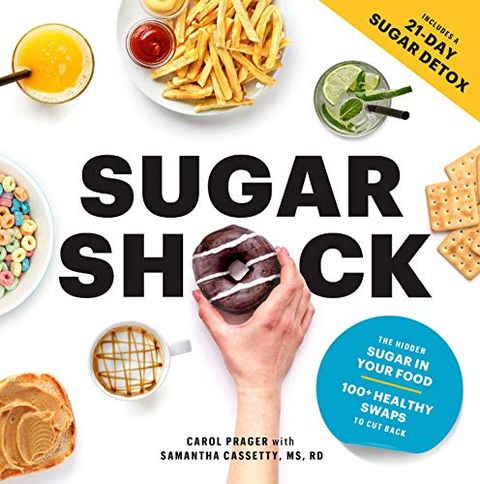 Sugar Shock: The Hidden Sugar in Your Food and 100+ Smart Swaps to Cut Back

Can you retrain your brain to crave less sugar?

Want to get your brain in line with a healthier sugar level? “Your brain can readapt when you cut back on sugar, and you won’t crave it as much,” says Avena. “However, it can take awhile, even months, for this to happen, depending on the severity of dependence on sugar that one has.”

To find out more about how to start cutting back on sugar and shake off a sugar dependence, try a 7-day detox plan. When you can successfully cut back, there’s a payoff, besides a much healthier body: Just a small taste of, say, that delicious chocolate brownie will be enough of a sweet treat to satisfy you.

12 Smart Bathroom Shelf Ideas to Keep Your Towels and...

The Best Summer Flowers for a Standout Garden

Most EXPENSIVE BBQ of My LIFE! Franklin Barbecue & Salt Lick,...

21 Best Curly Hair Products to Help You Finally Master Your...

Everything You Need to Know About Starting a Vegetable Garden

admin - November 2, 2020 0
The spectrum of tools needed for different flooring projects can undoubtedly seem intimidating at first (so many saws! so many applicators!) but using the...