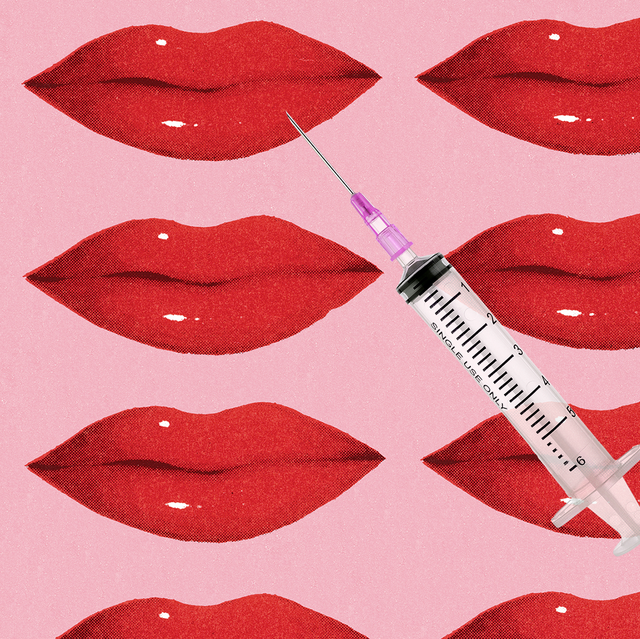 While testing out a new anti-aging eye cream or face moisturizer isn’t a big decision, cosmetic facial injectables are a different story. They are more costly, longer-lasting, and require more thought and research before taking the plunge. There may not be as many choices as OTC skincare products (we’ve walked those Sephora aisles, too!) but there are a variety of options when it comes to what’s actually in the needles. We’ve got the complete guide to anti-aging skin injectables from top dermatologist experts, including their benefits, cost, safety, who they’re best for, and who should steer clear of them.

First, there are two main categories of cosmetic face injectables: neurotoxins and fillers. Each type has different brands that function similarly, but have slight and sometimes important differences. Keep reading for all the key details to know and to choose the cosmetic injectable that’s right for you.

What are neurotoxins and what do they do?

“Neurotoxins are injectable proteins that aid in the relaxation of muscles that cause wrinkles when contracted from facial expression,” explains Anna Guanche, M.D., a board-certified dermatologist at Bella Skin Institute in Calabasas, California. “When the muscles are relaxed, the face looks smooth: These injectables help relax or temporarily paralyze the muscles to soften fine lines and wrinkles.”

What are neurotoxin injections best for?

“Neurotoxins are best for patients who have visible wrinkles during dynamic muscle movement, but minimal or fine static lines, meaning when you are at rest,” says Jessica Weiser, M.D., a board-certified dermatologist and founder of Weiser Skin MD in New York City. They can also “be used as a preventative treatment for fine lines and wrinkles as early as age 18, and used up to age 99 and above,” Dr. Guanche adds.

Also known as neuromodulators, neurotoxins are not meant to be used everywhere on the face, only in certain locations. “The FDA-approved indications include the 11 lines (a.k.a. frown lines between your eyebrows), forehead lines, and crow’s feet (smile lines),” says Dr. Weiser.

What are the different kinds of neurotoxins?

Here are the options for neurotoxins and what they are meant to be used for, according to Dr. Guanche:

How long do neurotoxin injections last?

Most neurotoxins last three to four months on average, with results occasionally lasting up to six months.

The short answer: Yes. “In experienced hands, these injections are considered very safe and undergo extremely rigorous safety testing in order to obtain FDA approval,” Dr. Weiser says. “Botox and Dysport, two of the most popular brands used, are approved in over 75 countries worldwide. Botox was initially approved in 2002 in the United States, and Dysport in 2009 after being used safely in Europe for years prior.”

That said, you should avoid neurotoxins if you are allergic to any of the ingredients, are pregnant or breastfeeding, or have certain neuromuscular disorders such as Guillain-Barre or Myasthenia Gravis. And you should always consult with a board-certified dermatologist first, as “some patients are not good candidates for injections based on their facial anatomy,” Dr. Weiser says.

What is the average cost per neurotoxin treatment?

The cost of a neurotoxin treatment can vary significantly according to geographic location and is typically decided by the number of units of the product used in the treatment, although sometimes by the area of the muscle group treated. In general, you an expect a session to cost a few hundred dollars on average. For example, a treatment between the eyebrows can run around $250 to $300.

Are there any potential side effects to neurotoxin injections?

“The risks are most commonly bruising, but occasionally asymmetry and in worst cases, eye ptosis [upper eyelid drooping], but these are extremely rare in the hands of experienced injectors,” Dr. Guanche says. Side effects are typically mild and can range from a slight headache and pain at injection site to bruising and poor cosmetic results if not performed properly.

16 Genius Kitchen Drawer and Cabinet Organizers to Get Your Home...

8 Smart Ways To Prep For More Indoor Time at Home

Amazing Ideas That Will Upgrade Your Home ▶6

A CHOPPED CHEESE (BETTER THAN A PHILLY CHEESESTEAK?) | SAM THE...